Skip to main content
It looks like you're using Internet Explorer 11 or older. This website works best with modern browsers such as the latest versions of Chrome, Firefox, Safari, and Edge. If you continue with this browser, you may see unexpected results.

A introduction to MRI University Reporter, covering how, when, and why to use it for Market Research

How to Read a Product Report

Red text: Denotes a sample size that consists of less than 50 respondents. Data is unreliable and unusable.

% Detail: The Percent of people with a certain characteristic that consume or own a product. Example: of everyone (18+) who has consumed seltzer in the past 6 months, 54.69 of them are women. The percent is calculated by dividing Proj ’000 in the row by the total ’000 value in the base column. 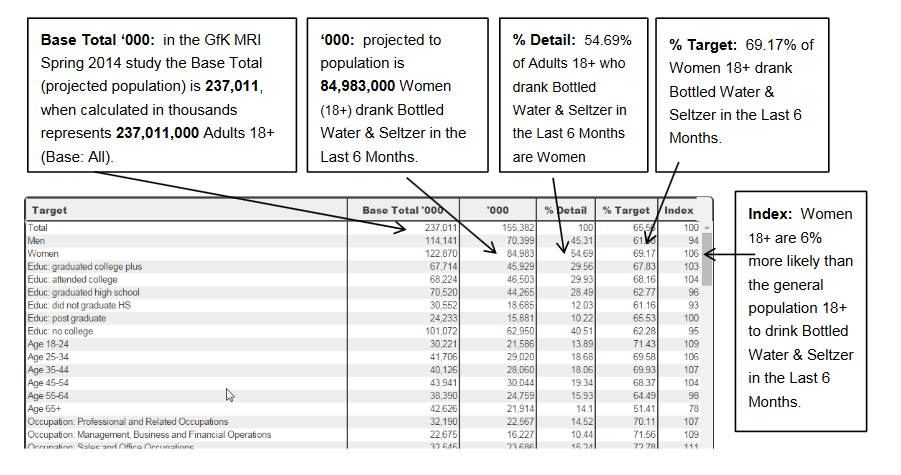 Index Number - As a general rule you should begin by examining the index number. A high index number indicates a important characteristic of your target demographic or media outlet.

% Detail - This figure provides information about the demographic composition of your product's consumers. A high % Detail is important to understanding the scope of a product's reach.

% Target - Reveals a lot about the behavior of a specific demographic OR the composition of a media audience (as media are also listed in the Target column). A relatively high %Target associated with a media outlet is important information for the Media Planner.